The latest Irelandoffline Quarterly report, based as always on Ookla Netindex Data shows Broadband Speeds in Ireland are worse than ever. Ireland has dropped to 53rd place with an average download speed of 7.86 Mbps. Ireland has plunged a catastrophic eight places in the download world rankings in this quarter alone.

This dismal performance rating leaves us behind many Internet luminaries such as Moldova,Vietnam, Mongolia ,Papua New Guinea, Ghana and Kyrgyzstan.

Ireland is the 5th worst in Europe for under-performance against service promise and the 3rd most expensive in Europe in the service cost per Megabit per second.

In Quarter 4 2011 Ireland’s Position is as follows:

IrelandOffline notes that since  our new  Minister for Communications Pat Rabbitte assumed office in late Q1 2011 the improvements to Ireland’s Broadband Performance rapidly levelled off and our performance has now gone into full reverse with a drop of eight places in download speeds during the past quarter. We feel that Minister Rabbitte has had quite long enough,  nine months in fact, to learn his Departmental ‘Excuse Book’ off by heart and now the necessity for strong action is required to stem our inevitable slide.

In our Q3 Report, Irelandoffline observed that ”This improvement in cable broadband speeds keeps Ireland largely static in the international tables instead of falling back as expected.”

These improvements have largely tailed off, the limited launch of eircom Fibre to the Home and to the Kerb Products during the past quarter had no measurable effect on eircom performance   and we are  falling down the rankings again simply because competitor nations continue to systematically invest and improve as compared to the mess Minister Rabbitte presides over.

The Urban Rural divide as implied by the gap between UPC and eircom continues to grow. The average UPC customer enjoyed three times the speed of the average eircom customer in Q4 2010 and the performance gap in Q4 2011 now shows UPC is on average over four times faster than eircom.. This improvement in cable broadband speeds kept Ireland largely static in the international tables over much of the year but can no longer deliver a sufficient performance to keep us static in International Comparison tables. 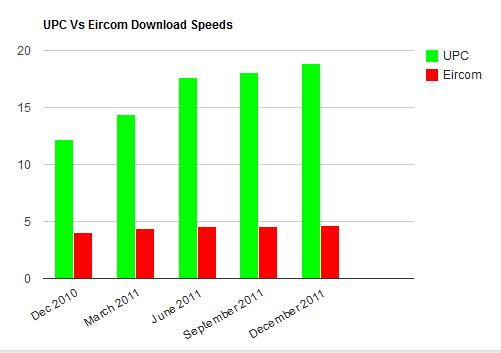 Table of Download Speeds ( in Mbits) UPC vs Eircom

Recently cabled towns, typically towns with populations between 10,000 and 30,000 are now vastly outperforming  our main cities which are the main employment centres. UPC cable is largely confined to residential areas rather than core employment centres in the cities.

The fastest speeds in Ireland are in Dungarvan County Waterford where the local cable ISP, Casey Cablevision (not measured), now deliver average speeds of 23.09mbits. In second place nationally is Athlone  on 17.48 mbits and Swords Co. Dublin  has dropped to from second place in Q3 to  third in Q4 on 15.12 mbits.

Average eircom speeds in Dublin and Cork  all increased but average UPC speeds increased by a notably greater amount. 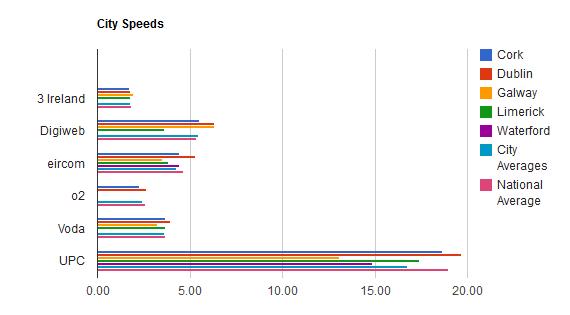 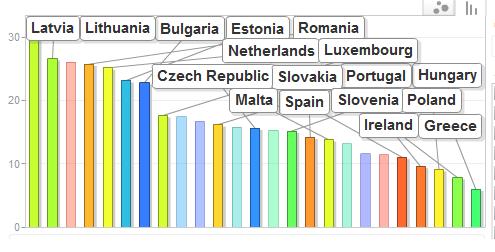 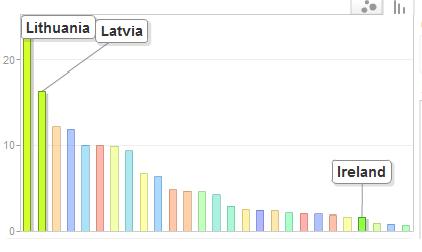 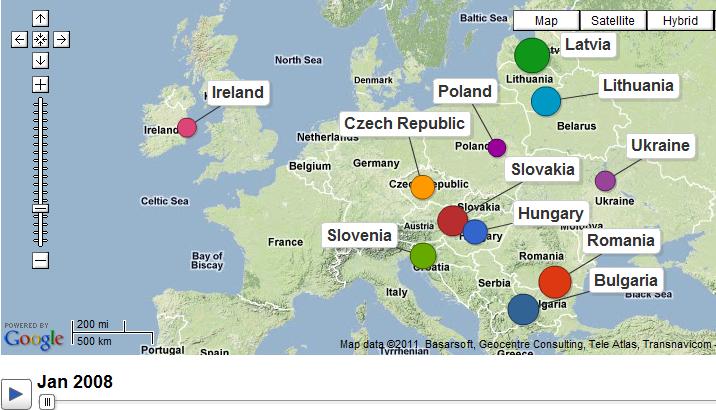 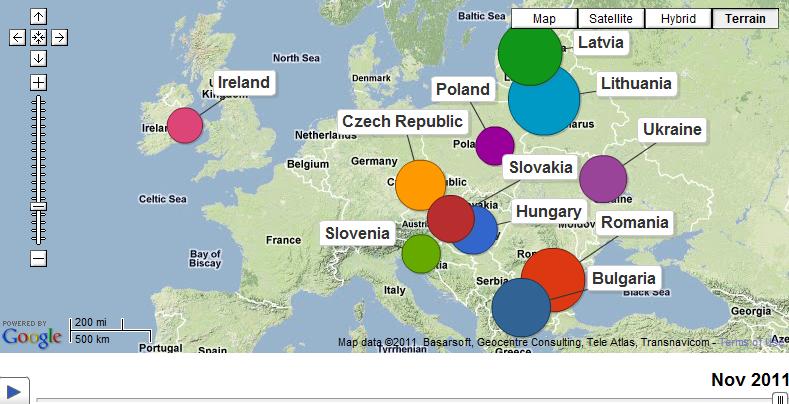 While UPC speeds continue to rise in Ireland they are also rising in other UPC Territories in the EU. UPC Ireland is much slower than UPC in Holland Germany and Austria. 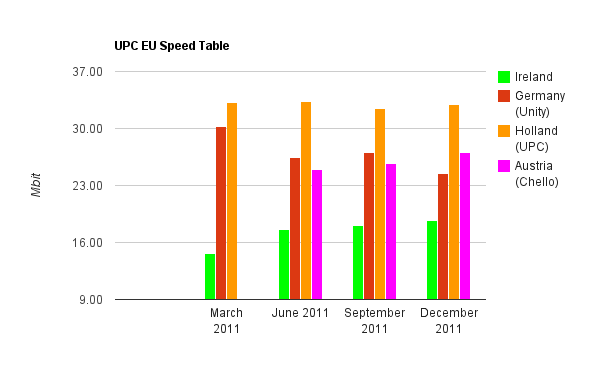 Click on an INDIVIDUAL country inside a listing for City and ISP Statistical Drilldowns.