This is the latest IrelandOffline Quarterly report, based as always on Ookla Netindex Data.

Ireland dropped 5 places to 56th place in the World for Download Speeds during Q1 2012, our lowest ever position since the IrelandOffline Quarterly Report was launched two years ago. .

We passed Vietnam again in this quarter for download speeds (as we did in the last quarter when we were briefly higher than Vietnam) but this time we passed them on the way down.

While we just avoided being passed by nearby Laos for Upload speeds in the last quarter we were finally caught by the Laotians this time. Ireland is now at its lowest ever position in the Global Table for Upload Speeds. We have slipped out of the top 80 for the first time, into 80th place behind Laos in 79th. Mongolia has powered past us into 38th position.

When Minister Rabbitte took over we were in the Global position now occupied by Zimbabwe, i.e. 7 places higher than us in 73rd place…beside Uganda. (Zimbabwe that is!!).

In Quarter 2 2012 Ireland’s Position is as follows:

Note on the Cost per Mb/s figure.

1. Why is Bandwidth, measured as in $ per mbit delivered, so expensive overall in Ireland. (again)

The cheapest broadband cost in the EU, measured in $ per month paid per delivered mbit is in Bulgaria, that is $0.59 per Mb/s. Ireland is third most expensive at $8.68 per Mb/s. The Median price per Mb/s is in Belgium in which is 14th Place at $3.64. We pay 15 Times what the Bulgarians pay…for exactly the same commodity.

Bandwidth in Ireland, the so called Internet Capital of Europe, costs 188% the average EU cost and 238% of the Median EU Cost. These figures were 184% and 211% in Q1 2012. Bandwidth costs are rising relative to our European peers.

Ireland relies to an inordinate extent on Mobile Broadband which typically delivers an experience around 2 Mb/s average speed and for which the customer pays $25 a month. This results in a cost per Mb/s as delivered of around $12.50

2. The Urban-Urban divide in Ireland.

Recently cabled towns dominate this index. Wexford, which is currently in 22nd place, has the widest fibre deployment in Ireland and the average eircom customer in Wexford can manage a fairly healthy 16.71 Mb/s average. We expect Wexford to break into the Top 20 in 2012. This result is dragged down by other factors.

Note that none of the big cities are anywhere near the Top 10 list. Galway is as low as 34th place and the top performing city/main employment centre is Waterford in 14th place. The cities are still falling in the Netindex statistics and we expect no levelling off before 2013 when limited eircom fibre deployments should start to make an impact on the figures.

As ever none of the Big Cities are in the top 10.

Dublin is in 16th place on 12 Mb/s up from 17th place on 10.67 Mb/s in Q1
Cork is in 26rd place on 8.82 Mb/s down from 23rd on 9.93 Mb/s in Q1
Dublin dropped to 17th place overall in Q1 2012 from 13th fastest overall in Q4 2011 and down from 12th fastest in Q3 2011. Dublin Improved a single place in Q2 but Dublin statistics are severely distorted by the installation of Mobile Network Packet Inspection systems over the past few quarters. This means that slow Mobile Network traffic ‘appears’ to come from Dublin, excepting certain 3 Ireland traffic for now. Consequently we have dropped mobile networks from the following City Speeds table as City data is no longer available and we know it doesn’t all come from Dublin. Could the mobile networks ‘move’ to Kilcarbery perhaps and ‘out’ of Dublin? 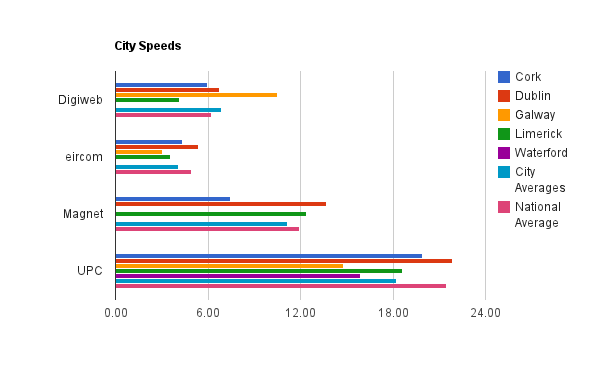 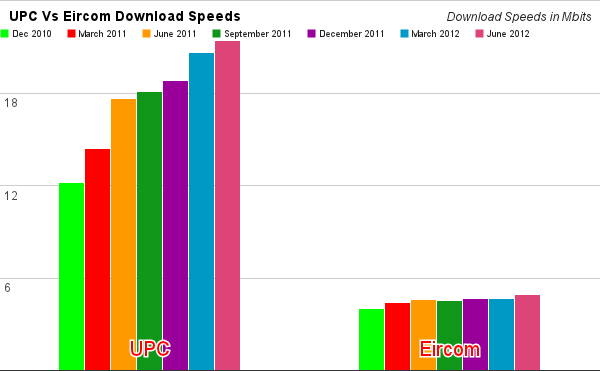 Ireland is not the only country to have gone into an economic tailspin in 2009.

Latvia lost 12% of its GDP in only one quarter 3 years ago. Having invested in the provision of fast Broadband Latvia went into recovery very quickly and has managed 10 CONSECUTIVE QUARTERS of GDP growth. Latvia has some of the very best broadband in the entire EU.

Iceland had a very difficult 2009 but has been enjoying substantial growth since then.

In the meanwhile these are the equivalent figures for Ireland. Need we say more.

Minister Rabbitte would have a much better chance of sending us his holiday snaps from Akureyri in Iceland ( nestled up against the Artic Circle ) than he would off one of his NBS 3G masts out in Irishtown or Ahascragh. According to the best information available to Irelandoffline not one Civil Servant in the Department of Communications has written a single report on Broadband in Ireland since June 2009. A frankly astounding statistic. 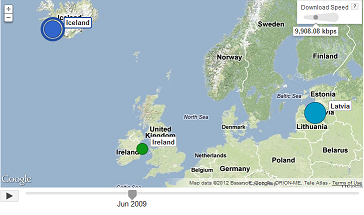 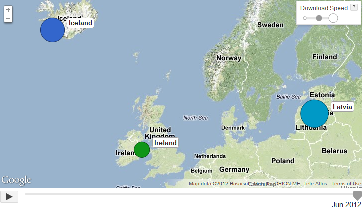 On an EU Scale the overall situation in Ireland is not improving. Irish Broadband Speeds are: 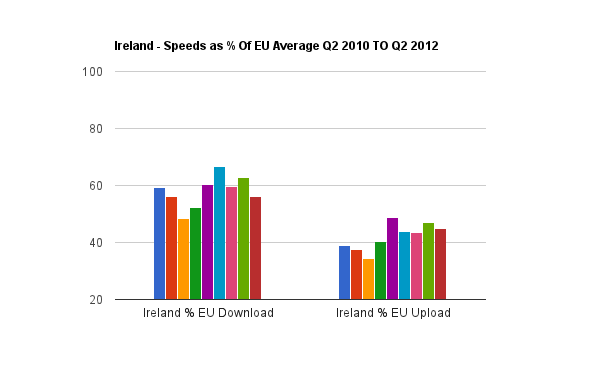 This is of major concern because the only noticeable large scale improvement in Irish Broadband speeds is largely coming from UPC customers. They alone almost saved us from being the same as Vietnam and Laos during this quarter. Furthermore UPC Customers are still seeing the performance gap closing between the services available in Ireland and those available to UPC customers in other EU countries.

However the relative gains made by UPC Ireland against UPC Networks in Europe were not as obvious in this quarter where UPC Germany gave their customers an 8Mb/s speed bump almost overnight. Ireland is still the slowest UPC Broadband network in Europe. 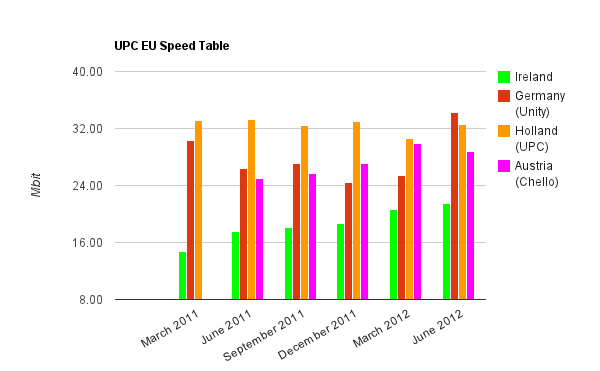 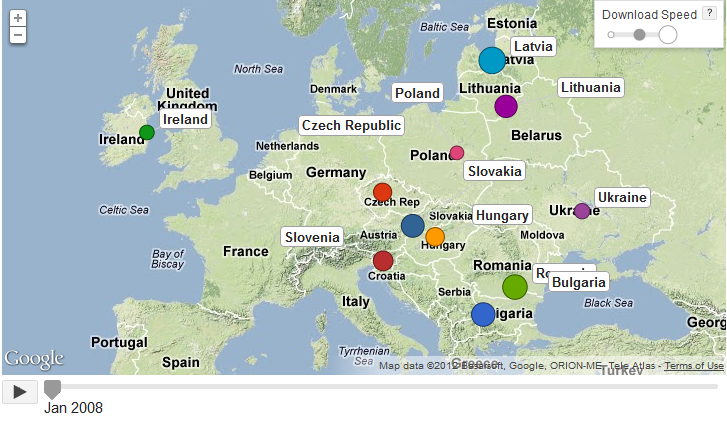 Click on an INDIVIDUAL country inside a listing below for City and ISP Statistical Drilldowns.